We are about to leave our little home in Spain. Cadiz is one of the oldest cities in Europe with a long and rich history. Here are some maps I’ve encountered. Please scroll down for more… 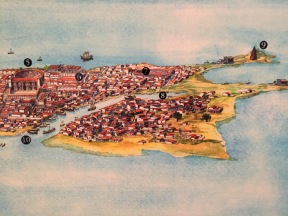 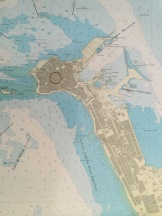 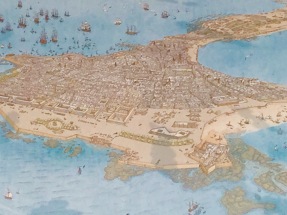 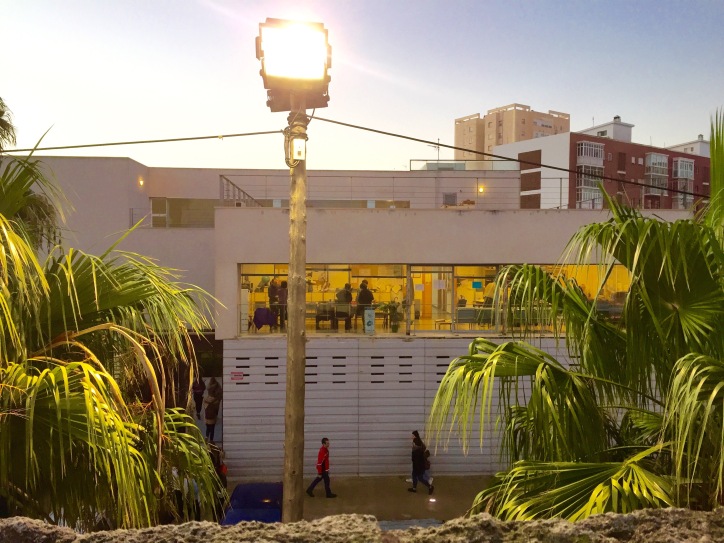 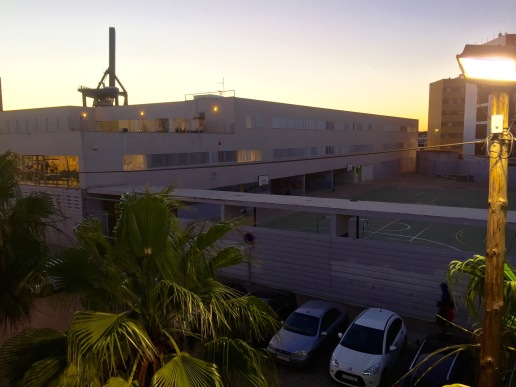 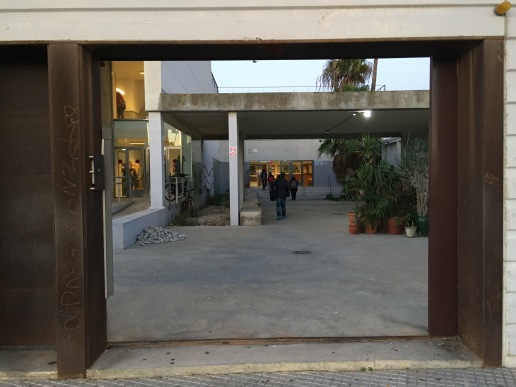 Cadiz architecture, old and what about the new stuff…? 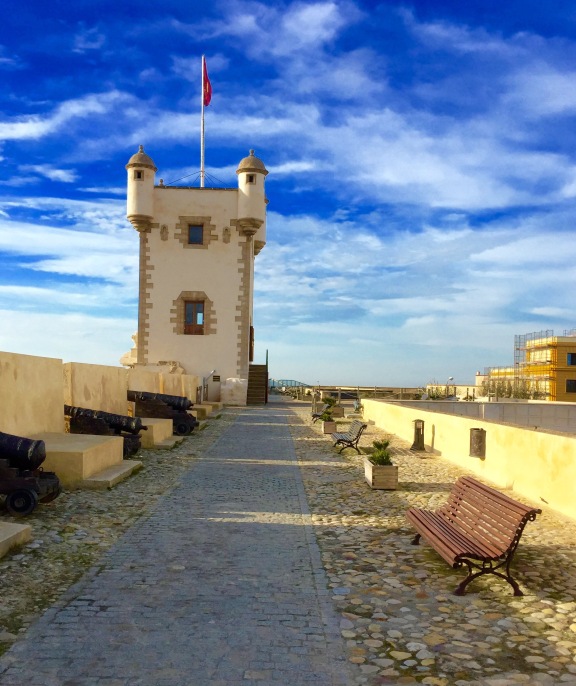 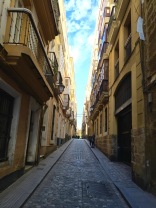 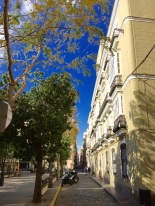 We spent Christmas 2015 in Cadiz. Here are some pix: a nativity scene, Christmas lights around town, Veronica’s Christmas show and Santa Claus project, and a church alter… 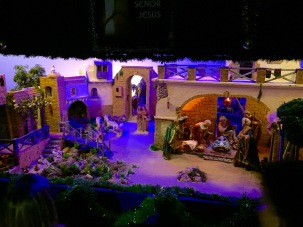 Like many Spanish towns, Cadiz has several plazas. In Cadiz, Plaza Mina has been our favorite. OK, it was closest, large with many trees, and a hang out on Friday nights. Also, that’s where one finds the Museo de Cadiz, and here’s a little slideshow therein…

Here are some pix & clips that are sort of random!

First, Manuel de Falla, his Teatro – inside & out, the Cadiz Cathedral organ, and a gallery painting… 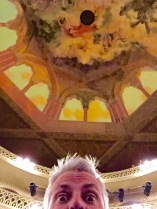 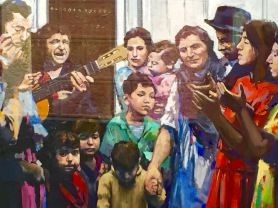 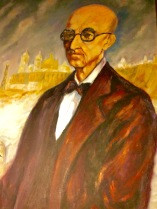 Veggie market stall, Mutis the botanist, street art, cathedral tower, and Cadiz rooftops from our own just after sunset…. 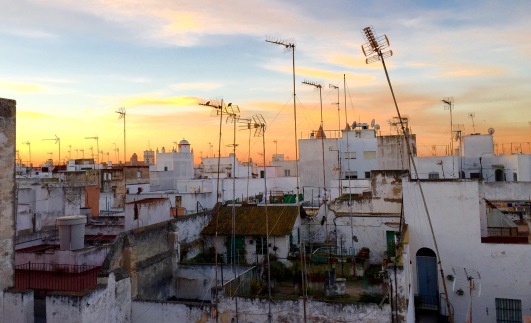 Live street music and a local artist near the cathedral… 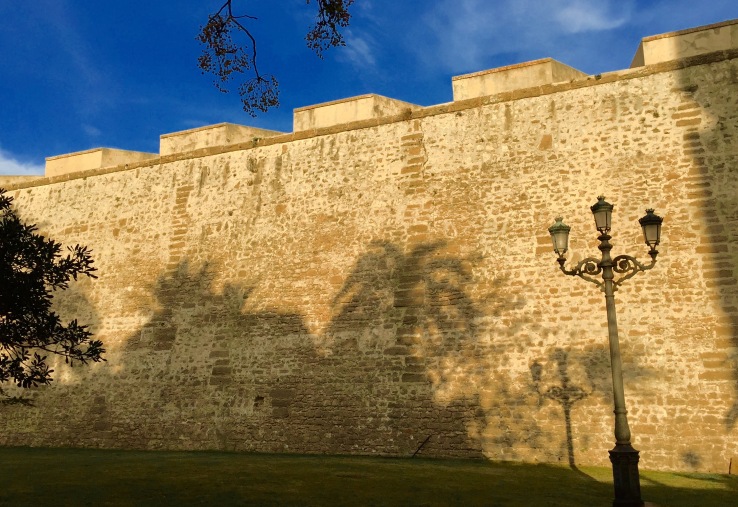 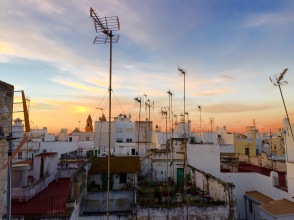 We’ve taken a couple trips to spots nearby Cadiz, first to El Puerto de Santa Maria, mostly for the ferry ride, and then to Doñana National Park. The latter required a bus ride, a stay at another AirBnb in Sanlucar de Barrameda, and then the boat ride up the Guadalquivir River (which flows by Cordoba & Sevilla) to visit two conservation sites that are part of Doñana. 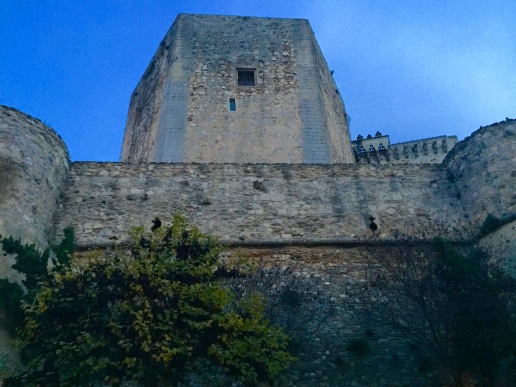 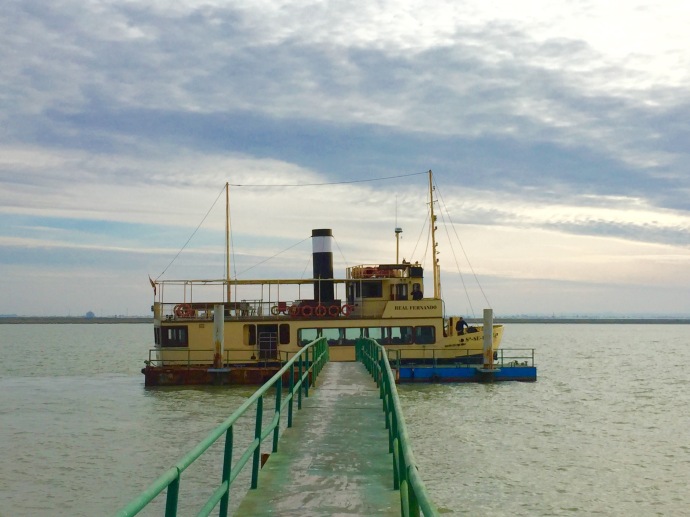 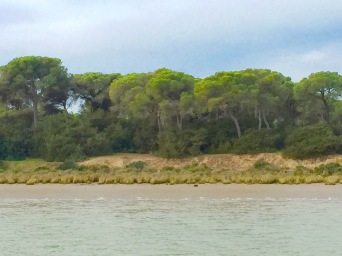 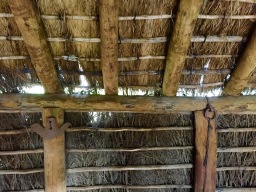 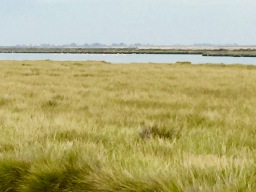 The iPhone 6 has a great camera with great features. One is the pano, and here are a few of them. The main square in Brussels, the Rhine River, the family history of Reinstein Castle (same family for 1000 years), Luxembourg, outside the Louvre, from the Eiffel Tower, La Villette, from Vezelay and environs, San Sebastian, the Mineral Museum in Madrid (two sets of kiddos), from the Palacio Real, out on the town, Vejer de la Frontera and environs, Sevilla and the Plaza de España there, the choir and the crypt in Cadiz Cathedral, from San Sebastian castle in Cadiz and at the beach. Here’s to taking the long view…

In regular walks around town one notices a lot of monuments, monuments to anthropomorphised ideas, historical events, religious icons, military persona, cultural heroes, and architectural aesthetics. All of these have a certain artistic merit – whether carved stones, molded metals, or concrete constructs – they honor not only the people and ideas depicted, but the artists who have created them. Some are focal points of the city, some simply appear in gardens when you don’t expect them. Some represent concepts that are eternal, many simply honor the lives of particular individuals.

A thought that occurs to me as I’m walking around town and come across a bust or statue commemorating an individual is: Who are you? What were you?

Some I have learned about. Jose Celestino Mutis, the namesake of Veronica’s school, was a Renaissance man, mostly a botanist, and impressive in his accomplishments; Jose Marti I know from Cuba; La Perla de Cadiz is famous for Flamenco; Fernando Quinones was a local writer; and many are religious figures in the Catholic tradition. Some I don’t know. I don’t recognize their names and have yet to look them up. (The dancing man has no captions, no epitaph, no interpretation or explanation.) In all cases, except for anthropomorphised ideas, they were people who had lives, and in the words of Julia Andrews and Christopher Plummer, “must have done something good.”

So here is a little slideshow of some of the monuments in Cadiz, in honor of those honored, all who are honorable, and the rest of us who simply stand and wait…

A friend who checked out my blog saw that we were in Cadiz, Spain and brought up the topic of the Spanish Armada. It was an astute observation since, not only has Cadiz been important in Spanish maritime activities, there have been several “Battles of Cadiz.” (The first perhaps precipitating the Spanish Armada’s attack on England and famous defeat in 1588.)

Like many history teachers, I have always emphasized the defeat of the Spanish Armada in 1588 as a pivotal moment. Some suggest this event changed the balance of power in Europe and influenced the colonization of the Americas. In fact, the Anglo-Spanish War continued until the next century was underway, and in the labyrinth of variables that constitute both actual and recorded history, few isolated events should get exclusive credit for the causality of anything. In other words, it’s complicated.

What I find compelling, are the connections and interconnections, and the rest of this post is simply a starting point for the curious student.

At the risk of being slammed by history nerds, I will assert that the Spanish Armada’s attack and subsequent defeat in 1588 was a case of sibling rivalry, a catfight between two sisters (OK half sister’s) struggling for their dead father’s affection.

When you are Henry VIII your main goal in life is to produce Henry IX. You’ve done the prudent thing, marrying Spanish royalty, but the mistakes you’re about to make have to do with selling your daughters short. Mary, your daughter by Catherine of Aragon, can’t be a Henry, so you dump her Mom and the Pope, kill your best friend, join the Protestant Reformation, and hook up with the help. Elizabeth, your daughter by Anne Boleyn (the help), can’t be a Henry, so you dump her (headlessly) and burn through another Anne, two more Catherines, and a Jane before becoming a lanced boil (death by jousting & obesity – OK the jousting accident happened years before the obesity kicked in).

However, you died content in the knowledge that Jane had provided you a son, a male heir (if not a Henry IX then an Edward VI), tho’ in spite of your alleged strapping intelligence, the finances of your realm were in a shambles. And the son you left in charge when he was 9 died when he was 15, leaving those sisters to start their fight. Of course, others whose names slip from the history books were part of the drama. (OK kids, who?) A lot of maneuvring happens here. A different Jane (Grey) gets her head cut off, Mary takes over for awhile, but dies, and Elizabeth becomes Queen of England, the Virgin Queen (since she realized the Protestants she was gonna represent were missing out on Jesus’ Mom; thus do we have the states of Virginia & West Virginia).

Sister Mary (irony: Jesus’s Mom’s name, irony II: becomes known as Bloody Mary for killing Protestants, irony III: was Maryland named for Jesus’ Mom, her, or somebody else?) had married Philip II of Spain (irony: power marriage between England & Spain like her parents Hank & Cathy, irony II: Phil means love, irony III: the Philippines is named after this inbred Hab). He & she were defenders of the the faith. When Elizabeth I takes over England and brings back the Protestantism started by her father Henry (so that she could be born a legit heir [if she’d been a dude]), Phil doesn’t like it, but tries to be cool, even offers to marry Elizabeth, but no bro’ (in law?).

Liz has an agenda. In fact, she rises to become the greatest monarch in British history (and beyond?). Protestantism in England started with her Dad Henry, rose with her kid brother Ed, declined a bit with her sis Mary, but gets on steroids with Elizabeth I (new irony: the current Queen of England, Liz II is not a virgin since she and hubby “Phil” had another Prince Charlie, etc.; and she has now surpassed Victoria [what was her secret?!] as the longest reigning monarch in British history.). During the Elizabethan Era, Shakespeare wrote all (37?) of his plays!

Thanks for hangin’ in. Let’s cut to the Spanish Armada. Philip II of Spain, being a defender of the Catholic faith and monarch of the most powerful realm in Europe at the time, felt compelled to go up against Elizabeth’s Protestant England. After all (and here I go with that sister spat), Mary must have talked trash to him about Liz, whose Mom stole their Dad’s affections. Even if Phil didn’t love Mary, he cared for the Pope, and went after Liz, this time with an Armada, (I wonder if he had that sinking feeling?).

There’s an AP Eng. Lang. prompt from Queen Elizabeth I’s speech to the troops at Tilbury, before going into battle against the Spaniards: “I know I have the body of a weak, feeble woman; but I have the heart and stomach of a king, and of a king of England too…” There’s more to it, and it is rhetorically powerful. However much she might have inspired them to fight, the fight was won with the “Protestant Wind”, a storm that destroyed many of the Spanish ships – notwithstanding the skill of the British, both in crafting faster ships and in out-maneuvering the Spanish captains. In any case, in that fight the Spanish lost, the British won, and the rest is history – left for us to debate, discuss, and/or not understand.

‘Course there’s more about the Spanish Armada, but I’m about sunk. (In fact there was an English Armada.) More cool facts:

Here is the ultimate irony: the half sisters, “Bloody” Mary I and Elizabeth I, the “Virgin Queen,” both daughters of the infamous Henry VIII are buried together in Westminster Abbey. On their tombstone it reads: “Partners both in throne and grave, here we rest two sisters, Elizabeth and Mary, in hope of our resurrection.”

My challenge to you: go further, explore more, discover the mysteries, find the treasure chests, enjoy the ironies, and let your curiosity go wild!